Having been caught by some cold two weeks ago, I was still lucky to have recovered enough in time to go to the MeeGo conference in Dublin, sponsored by my employer openismus GmbH, joining a bunch of my colleagues. It was a really great conference, will be a nice challenge e.g. to match it with the Desktop Summit in Berlin next year (remember the date, August 6-12th). Having arrived there the evening before, we added our part to the success by helping out with putting up the large stickers to the windows, which gave directions and set MeeGo theming to the rooms (Openismus – your (now) also experts in applying large stickers to windows).

It was nice to see how many of the people on the floors were real life animations of the avatar images on Planet Gnome and Planet KDE. And even more great to see and hear KDE oldie and now director of the AMD Operating System Research Center, Chris Schläger, announcing that AMD is going to join the MeeGo project. Things are getting together which ought to get together!

A very welcome idea of Nokia and Intel to improve the motivation of the people to contribute to the MeeGo project was the give-away of a Lenovo ideapad for each conference participant. While the MeeGo Netbook release 1.1 is still anything but capable to make use of the multitouch feature of the ideapad’s screen, it for sure will be a nice device to experiment with new UI principles.

Which I am looking forward to do. While the work on my experimental Kasten framework has pretty much stalled this year, I hope I can pick that up again once my transition to Berlin has been completed (which could have been more smooth 😦 ). At least I took two days off and joined the KDE Mobile sprint starting the day after the MeeGo conference, hosted by KDAB in their Berlin office, thanks to them (incl. the delicious orange-tiramisu on sunday from Till’s wife’s birthday party, even if it was just a left-over 🙂 ). While I happened to be part of the team which started the profile-oriented modulization of kdelibs at Tokamak 4 in the begin of this year, my only real contribution so far has been to propose (talk is cheap 😛 ) the removal of the deprecated api+code for the “mobile” profile, to help a little in shrinking the size of the packages of the KDE Platform/Framework, then lost track of this topic in general. The more I was surprised now how much has been done already, great effort by whoever was involved (mostly Kevin Ottens, I guess?).

With no real touch UI oriented code for Okteta and Kasten yet (okteta-mobile is mainly main() atm 😉 ) I used the sprint to join the “porting” efforts to MeeGo, which is basically rpm packaging. And removing some deprecated stuff here and there, as the kdelibs packages for now are created using the Mobile profile, thus having none of the deprecated APIs, quite nice to see how clean all the code is already regarding usage of these. Of course I worked on the packaging of kdeutils and also kdesdk, now that Okteta is part of kdesdk. The few hidden deprecated calls left in Okteta were quickly patched away, and there is was running on my new ideapad: 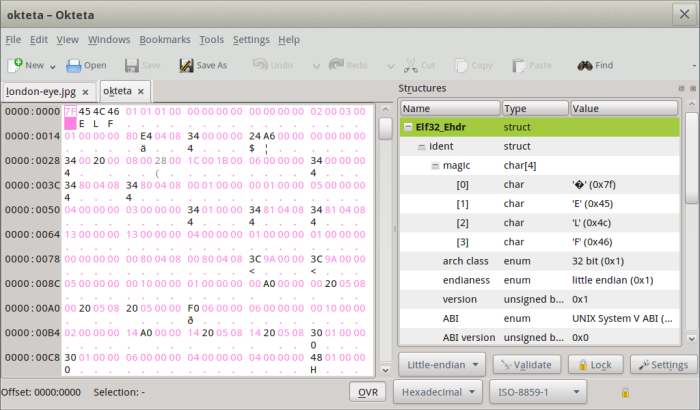 Sure, nothing as useful and shiny as others are doing, but then Kasten still has way to go 🙂 Hopefully there soon will be long and cold winter nights and a new flat in Berlin. I know what I will do!

And while it is great to see GTK and now Qt being used and developed by the top companies, it is even greater to see other UI related FLOSS making their way into normal industry products as well, including upstream contributions, e.g. EFL on fridges. Things are really moving in good directions 🙂

2 thoughts on “Okteta and Kasten on MeeGo”

This site uses Akismet to reduce spam. Learn how your comment data is processed.